Each brand wishing to participate is responsible for finding a candidate to represent them. The individual MUST have previous recognisable bar experience or currently work in a bar. There is an entry fee of €75 which must be paid to enter any of the competitions.

At the end of each session, the winner will be announced and a prize worth €750 will be awarded. Please submit the application form below to katie@celticwhiskey.com. 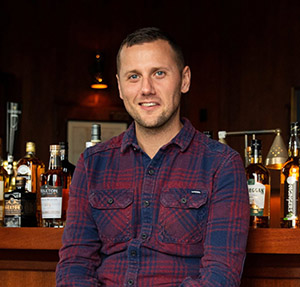 How do you get to be International Bartender of the Year? You make two things: good decisions — and your own luck.

Jack’s background in the hospitality trade covers every aspect of running a bar. He started young, bussing tables back in Belfast, graduating to tending bars and discovering the city’s nascent cocktail scene. Along the way, he accumulated an encyclopaedic knowledge of mixed drinks.

He and Sean worked together briefly at a fashionable Belfast Bar called The Northern Whig. They were later reunited at the city’s stylish Merchant Hotel, where their combined forces soon garnered a World’s Best Cocktail Bar title in 2010.

After that, New York came calling. 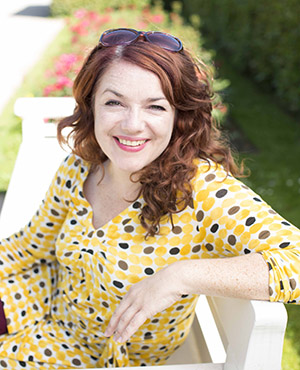 Aoife Carrigy is a freelance journalist and editor specialising in food, beverages and travel. She is Wine & Drinks Editor for Image Interiors & Living, a contributor to publications such as The Irish Independent, The Irish Times, CARA Magazine, Food&Wine Ireland and The Guardian and a member of various hospitality awards judging panels. Aoife is currently conducting post-graduate research on Cultural Representations of the Irish Pub at TU Dublin. 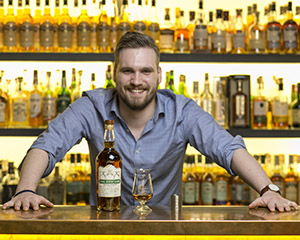 Luke Crowley-Holland kickstarted his career in the drinks industry at an eclectic range of pubs in London before returning to his roots in Co. Kerry. He started working in the Celtic Whiskey Bar and Larder in 2016 where he found his stride as a mixologist and whiskey specialist, before becoming General Manager in 2018 and in turn, curator of the world’s largest collection of Irish Whiskey.
Luke has a passion for all things bespoke, craft and artisan. He firmly believes that his joint honours degree in History and Politics gives him an ability to reflect on the industry and drink trends from a wider perspective.

A team of real drinks experts are behind Dublin Drinks Mixer. With years of experience creating events within the drinks industry such as Whiskey Live Dublin, Irish Whiskey Awards & Gin Experience Dublin, as well as being the faces behind Celtic Whiskey Shop & Wines on the Green and the Celtic Whiskey Bar & Larder, they felt it was time to give the craft spirits industry a platform of it’s own in Dublin.

Whether you are an occasional drinker who wants to learn more about the gin, spirits and cocktail industry or someone involved in the trade, we want to give you the chance to meet the producers behind your favourite spirits and find new favourites too.

We look forward to welcoming you to Dublin Drinks Mixer.

A minimum of €10 from each ticket will be donated to:

Any cookies that may not be particularly necessary for the website to function and is used specifically to collect user personal data via analytics, ads, other embedded contents are termed as non-necessary cookies. It is mandatory to procure user consent prior to running these cookies on your website.